April 13, 2021: Renowned economist at the United Nations Conference for Trade and Development (UNCTAD), Mr. Piergiuseppe Fortunato, gave a virtual guest speaker lecture to the student of the IBA Karachi, where he discussed the UNCTAD's 'Trade and Development Report 2020'.

Mr. Fortunato's discussion primarily focused on how the implications of the Covid-19 have expanded the financial as well as socio-economic differences between north and south economies, implying a K-shaped recovery from the recent financial crisis. He shared his insights on the current crucial matters and educated the attendees on the issues existing prior to Covid-19. Mr. Fortunato discussed how all developing countries have experienced massive levels of debt, especially after the 2007 and 2008 crisis. He went on to speak about the absence of financial prospects and productive investments in the last 30 to 40 years.

While Mr. Fortunato recognized how the recent crisis has negatively impacted the financial health of economies throughout the globe and has facilitated a $10 trillion wipeout in global output, he considered the lack of sufficient rescue measures – fiscal spending, quantitative easing programs, and accessible loans to enterprises in developing countries as one of the primary reasons of delayed economic recovery. He further shared his concerns regarding the pre-existent fragilities the economies around the globe were exposed to. These vulnerabilities primarily took the shape of excessive debt obligations, insufficient productive investments, higher concentration ratios in markets, food crises and insufficient environmental, social, and governance measures by corporations.

Mr. Fortunato also highlighted how excessive corporate profits came at the expense of minimal productive investments and lack of growth in labor wages, depicting jobless growth and transfers of wealth from labor and capital owners to entrepreneurs. 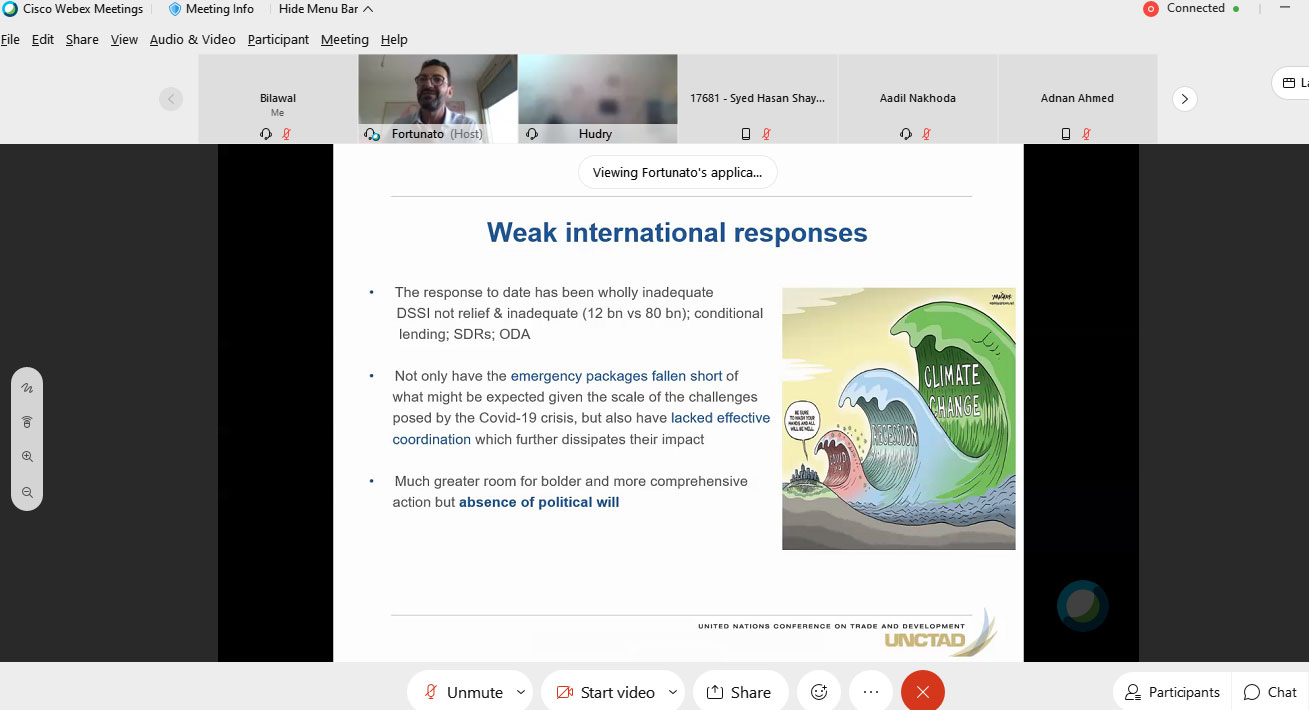